The Skinny on Body Shaming

When will we learn to accept our bodies, and everyone else’s?

We live in a world where a Kim Kardashian body is both glorified and mocked while super-thin supermodels are idolized and critiqued. It seems that at any size, women just can’t win. This calls to mind an issue that has affected me personally: skinny shaming. Believe it or not, body shaming comes in all shapes and sizes. Being someone who has a naturally fast metabolism and a below average weight from childhood throughout my teens, having people think that I’m anorexic, bulimic, or flat out unhealthy because of my somewhat lower weight is something that really gets to me. 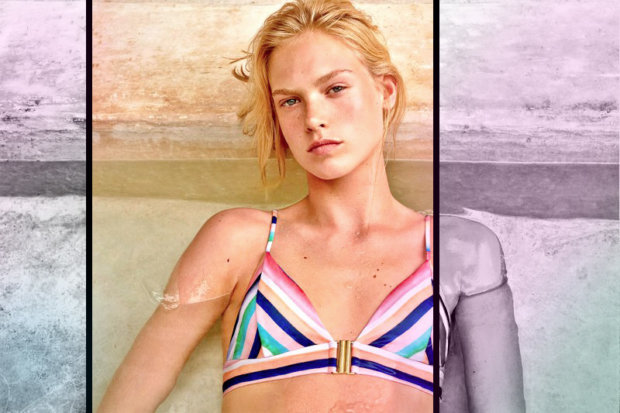 During high school, a time when one comment can instantly provoke a meltdown of self-doubt and confusion, I visited my doctor for a regular check-up. After all the poking and prodding of shots and blood tests, I made my way over to the scale. The nurse furrowed her brow as she recorded and told me my weight. My doctor came back into the exam room with a look on her face like a concerned mother.

“Are you eating enough? Have you been especially active in sports or other forms of exercise lately?” she asked, peering over the rims of her glasses with wide, questioning eyes. The thought of being active in sports made me laugh (I’m seriously lacking in hand-eye coordination). I reassured her that I had been eating plenty and healthily.

I felt myself tune out the stream of medical jargon from my doctor that followed. I resented the assumption that I hadn’t been taking care of myself, an assumption that had been made by others before. Honestly, it pissed me off to be chastised and interrogated about the body I was born with.

Skinny shaming is happening to girls and boys of all ages and just as often as we shame women for being overweight. In the media, in everyday conversations, in our own heads, “skinny bitches” are judged just as harshly as “fat chicks.”

Aren’t we supposed to love the skin we’re in? Why is it that we feel the need to attack women–our sisters, our friends, and even ourselves? All for something as trivial as weight! The worst part is that we are our own harshest critics. According to a survey published in Glamour earlier this year, a whopping 97% of women have an average of 13 negative thoughts about their bodies every single day.

Let’s replace judgment with support — both for ourselves, and for each other. The next time you look in the mirror and think, “Ugh, my thighs are enormous!” or “I wish I could just gain a few pounds and fill out!” make the conscious decision to focus on something you love about yourself instead. You are in control of your own thoughts, so why not make them positive?

Aren’t we supposed to love the skin we’re in?

This should affect how we see each other, too. Ladies, we need to stop being so hard on one another! If we’re insecure with our own bodies, we find faults in others to make ourselves feel better. So, if you have a negative opinion of someone, here’s a brilliant idea: keep it to yourself. If you’re not sure if what you have to say is helping or hurting, it’s better to just say nothing at all. Think about it: in the long run how much does a change in dress size really matter, whether it’s yours or someone else’s? We’ve got bigger and better things to worry about.

Have you ever been shamed for your weight? How can we end body-shaming?

Emily is a NYC-based fashion copywriter who’s constantly expanding her portfolio—and her vintage clothing collection. When she’s not typing away, you’ll find her with her nose in a book or toes in the sand (and if it’s a good day, both).

It's Not Just a Man's World
Read

How To Understand and Love Yourself
Read