Advice I'd Give My 20-Something Self

Advice for My 20-Something Self

If I could give my younger self some advice, I’d tell her this…

Do you ever wish you could go back in time and tell yourself something you’ve learned through the years, to help make life a bit easier? What would you say? Personally, if I could give my teenage self some advice, I’d tell her a couple of things: 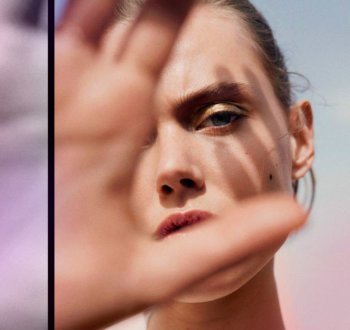 Ask pointed questions – dig! – to find out what a person really believes. Often, you’ll find that people are just repeating things they’ve heard without really understanding it. For example, if they say they’re “fiscally conservative and socially liberal” ask what specific things they think the government should cut back on? What social initiatives do you think the government should fund, and why?

Which brings me to:

It matters. How they feel about welfare, women’s rights / pay equity, and other issues is a reflection of that person’s core values. Ask them why they feel that way. It’s often difficult to find out what a person’s core values are other ways – talking about politics gets to the root quickly.

And speaking of politics, get involved on a local level. Vote, and voice your opinion. You CAN enact change!

3. Don’t waste energy stressing about anyone you’re not going to marry.

And don’t worry about finding The One, because when the time is right it’ll be 100% obvious to you. In the meantime, don’t worry about having a boyfriend or lover or what he’s thinking or if he likes you. Pick up some hobbies and learn to love yourself and your alone time.

No matter what your relationship is like or how much time you’ve put into it, if he can turn off his compassion for you and doesn’t treat you with love in the middle of a heated argument (or if he likes to argue), then ditch him. Same with if he doesn’t say sorry quickly. A mature man will apologize for hurting you and try to see things from your point of view, even if he didn’t think it was his fault. Don’t put up with that kind of shit, you’ll just end up regretting it.

Wasting time with guys who aren’t your soul mate just increases the chances that your soul mate will come and go while you’re distracted with some guy who doesn’t matter to you. That said, don’t be on the hunt for your soul mate – it’ll make you more likely to settle or project “soul mate” status onto someone who doesn’t deserve it, just because you want it too much.

Foster friendships instead. This will help you to see a guy for who he really is, over time. Go out with him and his friends – what are they like? When the The One comes along, you’ll just know, and it won’t be based solely on a feeling, it’ll be because he’s kind, intelligent, and right for you — and because of a feeling.

A mature man will apologize and try to see things from your point of view, even if he didn’t think it was his fault.

Try new things. Experiment. Meditate. Travel. Read self-help books. Do everything you can to grow as a person and figure out what is truly important to you at your core. It’s not about owning more stuff or having good hair! It’s okay to outgrow and change your friends if you discover that they aren’t maturing as people and don’t have decent values.

It’s also important to remember that with every year that passes, as you grow and evolve, you’ll get much clearer on what you’re looking for in life, friendships and your career. What you need in a boyfriend will also change dramatically.

When I was single, if I was interested in dating a guy, I waited at least a few weeks, often longer, before getting naked with him. I waited until I knew he wasn’t seeing anyone else, and until I felt 110% comfortable. You may not want to admit it, but chemicals are released in our brains when we have sex with someone, and they create a false feeling of closeness. Get to know someone first, so you can see if they’re even worth being with. A good guy who cares about you absolutely will not pressure you, so if a guy does, you should drop him immediately, because he’s only after one thing.