10 Books That Are Shaping Modern Feminism

10 Books That Are Shaping Modern Feminism

…you’ll want to listen to these eye-opening audiobooks over and over again.


It seems redundant to say, but I’ve always considered myself to be a feminist. A feminist activist, in fact. When I was eleven years old and my mom handed me my first copy of The Feminine Mystique. With a serious look on her face, she told me that reading it was more important than doing my homework. Her seriousness reflected the content of this manifesto — it’s not a light read. 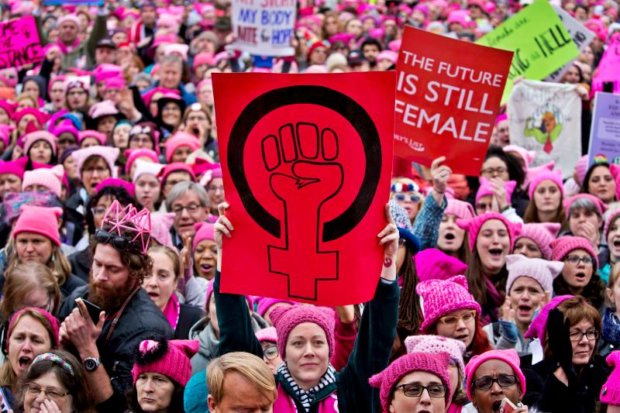 It was the prose within this heavy book (which was an especially daunting book at such a young age — I wish there’d been an audiobook version back then!) that catapulted the feminist movement to new heights and pried opened the eyes of an entire generation. A generation of women, most of whom didn’t realize that they were being controlled by men, by the media, and by their own sexist expectations on themselves and other women. And while I may not have fully absorbed its importance at such a young age, when I re-read it as a teenager it helped me realize that to see the truth, I must first question every assumption, every photograph and article in the magazines I read, and -especially- my own perceptions of what’s appropriate for my gender.

Many have continued in Betty Friedan’s footsteps by writing books that challenge society’s gender grooves. Here are ten that are essential listening for any woman (or man) who wants to understand herself and the society we all live in:

We Should All Be Feminists

We hold this truth to be self-evident — am I right??! Then again, it’s not lost on me that the Declaration of Independence only cited that all “men” should be equal. This quick-listen audiobook is a rally cry for all feminists. Adapted from the author’s Ted Talk about her experience of sexism growing up in Nigeria and how it has affected her life, this moving monolog discusses why we still need feminism and why each and every person should be a feminist. 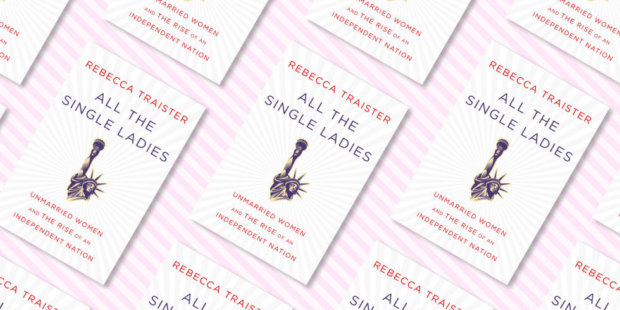 All The Single Ladies

There is so much to love in this audiobook. In many ways, it serves as a validation of single life. I really enjoyed this look at the increasing number of single women in society and how single women have been treated throughout history. Previous generations of women didn’t think they had the option of being single, but all that is rapidly changing. Unmarried women have helped to usher in major social change, including abolition and the labor movement. The author illustrates that single women are multifaceted and can have full lives beyond trying to find a man. Any woman who spent some portion of their adult life single will see themselves in this book.

Shrill: Notes from a Loud Woman

When you’re ready for some laughs, listen to this audiobook. It’s simultaneously hysterical and thought-provoking. She asks the question, “So, what do you do when you’re too big, in a world where bigness is cast not only as aesthetically objectionable, but also as a moral failing?” She is a big woman with a big mouth who doesn’t fit the mold of a “normal, pretty woman”. She tells her story in a brutally honest way, leaving us questioning our oppressive idea of beauty and where it came from.

Perhaps the youngest celebrity feminist, this young woman deserves every accolade sent her way — and she’s received many. The story of Malala Yousafzai is remarkable in every way, and she is an amazing, courageous young lady. Her story is astounding; the circumstances that she was forced to live through, and her bravery and sense of purpose, brought world focus to the tragedies in her homeland. Malala’s powerful story has managed to inspire, engage and mobilize a young generation of both male and female feminists, and educate them about women’s issues around the world. No small feat! 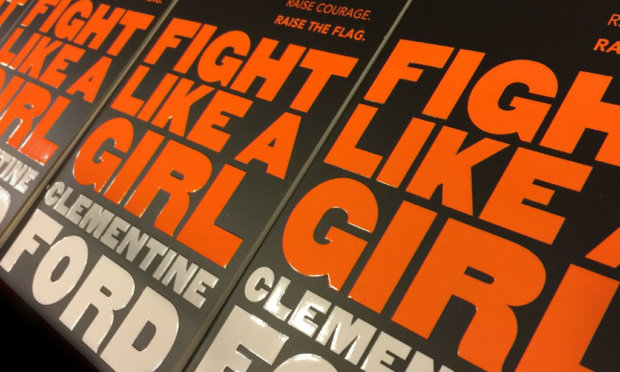 Another rally cry — you can feel the (justified) anger in her words.  She is unapologetic, fierce and informative. This audiobook will help you get fired up and assure you that you are not alone in how you feel. It’ll make you question sayings that you may not have noticed were oppressive and sexist, like “he (insert verb here)’s like a girl”, and how the modern-day patriarchy operates. It will make you laugh, cry and seethe with rage. And it’ll open your eyes.

How To Be a Woman

This excerpt tells you all you need to know about this funny and poignant audiobook: “We need the word Feminism back real bad. When statistics come in saying that only 29 percent of American women would describe themselves as feminist -and only 42 of British women- I used to think, ‘What do you think feminism IS, ladies? What part of “liberation for women” is not for you? Is it freedom to vote? The right not to be owned by the man you marry? The campaign for equal pay? Vogue, by Madonna? Jeans? Did all that good s*** GET ON YOUR NERVES? Or were you just DRUNK AT THE TIME OF SURVEY?’  These days, however, I am much calmer, since I realized that it’s technically impossible for a woman to argue against feminism. Without feminism, you wouldn’t be allowed to have a debate on a woman’s place in society. You’d be too busy giving birth on the kitchen floor, biting on a wooden spoon, so as not to disturb the men’s card game before going back to hoeing the rutabaga field.”

On a mission to help women recognize and refuse the sexism we face on a daily basis, the author has started a movement to collect thousands of tales from women (and men) of abuse, catcalling, and sexism through social media. Each of the 12 chapters begins with two pages of eye-opening statistics, along with tweets from those who have experienced sexism in all its ugly forms. Groping. Pinching. Catcalling. Rape. Threats. Forced touching. Verbal slights. Public advertisements blatantly showing abuse. Sexual abuse. Gaslighting. “Can’t you take a joke?” Raging–physically raging–males. Domestic violence. Intimidation. And Fear. Fear. Fear. Keys in hands. Crossing the street. Parking under the streetlight. Locking the doors and looking in the backseat. Is someone following me? How to get home from the library after dark. Pepper spray. Off to the ladies’ room in groups. Not putting down a drink and going back to it. Passed over for a raise. Told to wear different clothing. Assumed to be the one serving the coffee. Who drives the car? Who always croaks in Disney films? Why does Xena wear a bikini to war? A constant and just-under-the-radar barrage that we all simply take as our daily world…until it’s gathered in one place and put on parade so we can see the hideous forest and not just a tree or two. Or ten. Or 70.

After listening to this audiobook, you’ll never think of the word “beauty” the same way. Get ready to be exposed to the unfairness of the patriarchically-manufactured images of ‘beauty’ we see every day, and how it oppresses each and every woman. The author highlights the problems with gender in our society by shining a light on the issues of beauty and the everyday culture that focuses on women’s outer appearances instead of valuing who we are on the inside. By using examples of products, companies, and breaking down the mind games they play and the profits they make with the insecurities of women, this audiobook is an eye-opening masterpiece.

In this fascinating and well-researched look at the “neurological” and sociological bases of gender, the author cites plenty of studies to demonstrate why the social environment that children grow up in is the major determinant of gender roles (and indeed, gender inequality). For example, telling girls that they are inherently not good at math has a damaging effect on their confidence. This, in turn, causes many girls and women to turn away from those fields. And vice versa- telling men they are not good at caring for others can cause them to turn their noses up at the idea of entering “girlish” fields. This audiobook is an engaging way to learn about gender roles, education, social psychology, neuroscience, evo psych, or just basically how people tick (as opposed how we *think* we tick).

A Brief History of Misogyny: The World’s Oldest Prejudice

In order to understand where we need to go, we first have to understand the past. Every woman inevitably experiences some misogynistic attitudes from both men and, ironically, women. It’s easy to get upset when somebody abuses or attempts to abuse you as a person. It is much harder to recognize that much of this abuse comes to you for a sole reason of being a woman. To realize that you are not at fault. That the reason of what you go through is systemic and pervasive, and so deeply rooted in our world history throughout the ages. That the only way to beat the monster of misogyny is with a consistent systemic change. And that this change can’t happen by itself. Women need to open their eyes and see what’s happening to them. And this audiobook is just that incredible guide that can help women do that.

This is a sponsored conversation written by me on behalf of Audible. The opinions and text are all mine.

6 Ways to Find Your Soulmate
Read

Kangaroo and Champagne? Get Yours in St. Moritz
Read