Why Are These Men Joking About Sexual Assault?? - URBANETTE: Lifestyle Magazine & Blog

Why Are These Men Joking About Sexual Assault??

Because, well, shut up, feminist!

I recently spent a wonderful week in France with my son and his wife (yup, #HilaryRowland). Wanting to watch television one night, and finding – surprise, surprise- that most of the programs were in French, we started watching some stand-up comedians on Netflix. All good – talk of relationships and their challenges, presented with lots of humor and insight. And then we happened on a comedian (Jim Jefferies) whose act veered quickly into jokes about rape. Trying not to be an “uptight” female, I found myself struggling to laugh at the jokes until it hit me that my struggle wasn’t because I was uptight, but because rape is just not funny.

Really, “rape joke” is an oxymoron, and making light of such a serious issue just serves to normalize rape in our culture. Rape jokes aren’t funny. They’re traumatizing.

Harvey Weinstein is not a lone wolf. Sexual aggression against women has been around for a long time in a culture that winks at “boys being boys” and laughs about “locker room talk.” Repeated scandals, and the public’s response to them, makes clear why we should push back against male comedians making jokes about rape. When a man can joke about sexually assaulting a women, get caught on tape, and subsequently be elected president, you know there’s something seriously wrong.

And who can forget when Daniel Tosh, during a standup comedy set about rape, told a woman in the audience that it’d be “hilarious” if she was gang raped right then and there. Yes, he really said that. Out loud. Seems he assumed his fans might also find watching a women get held down and gang raped in front of an audience would be “hilarious”. (I can neither confirm nor deny whether they did.)

She walked out when he said that, of course, and asked for a refund, which she was refused because — well, shut up, feminist! Now, this is the guy who’s famous for saying stupid sh*t on TV, but in the fantasy world in my head, this would have been a “Who’s with me?” Jerry Maguire moment where the entire audience exited and left Tosh.O just standing there with his (ahem) mic in his hand. 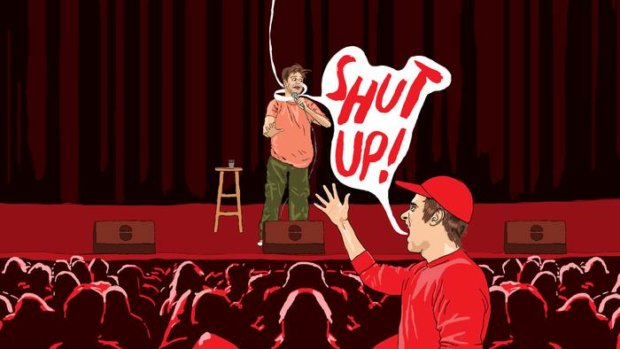 Hopefully the floodgates are opening and societal exclamations of horror and condemnation will mark the beginning of a more enlightened understanding of how harmful unwanted sexual assaults are to individuals and to society as a whole. Such assaults are not ever, ever funny, and comedians who use rape jokes to get a quick easy laugh from the “bros” should be told clearly by everyone, but especially by those “bros”, to STOP. #notfunny

“Cavalier jokes about domestic violence and rape (jokes that target victims, not perpetrators) feed that aura of feeling unsafe and unwelcome—not just in the comedy club, but in the world.” – Comedian Lindy West

There is no “social value” in sexism or jokes about sexual assault. Jim Jefferies uses this material because it sells, makes him seem cool to a certain demographic, and it puts money in his pocket. It offers no insights, no solutions, no empathy. He peddles this material like a drug dealer peddling drugs, rationalizing that he is simply giving people what they want. But some topics are simply not funny — especially to the victims. It can be incredibly triggering for a survivor to hear a rape joke.

I know that men get raped in prisons and institutions, and children get raped in convents and families, and it is an awful, sickening thing to know. But that wasn’t the subject of this man’s jokes. He was joking about men raping women, insinuating that rape isn’t a big deal, and encouraging his audience to laugh along with him. I assume this man’s audience is predominantly young males whose minds are very susceptible to hints about what is masculine and what is funny. Telling them that rape is funny is not just obnoxious, it is actually dangerous. It encourages less sophisticated male minds to think that rape is really not that big of a deal. In this way, the comedian who promotes this attitude bears some similarity to a rapist himself, and responsibility for rape culture. 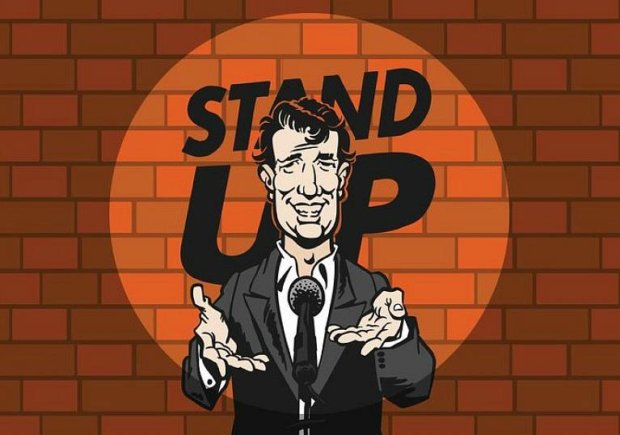 Having been attacked myself many decades ago on a London street when walking home at around 1:00 AM from a jazz club, I was shocked by what my attacker said as he covered my mouth, lifted me like a bunch of twigs and threw me on the ground. “I don’t want to hurt you, I just want a bit of the other.” As though that wasn’t a big deal, and I should just go along with it so he could relieve himself.

When I was rescued by some folks who heard me screaming, and the police were called, they in turn suggested that walking home alone in the wee hours would make any juror think that I was “asking for it”, so I should probably not ask them to go looking for the guy who had run off into the night. I still think about their casual indifference to my distress. I was too young and unworldly to challenge them then, but I would have a very different response today.

Why does so much comedy (and specifically the comedy promoted by young male comedians) have to be so ugly? When Jerry Springer came on the scene back in the early 90’s, he didn’t present his show as comedy, but we were actually invited to laugh at people (most often young black people) who were encouraged to attack each other with profanity and sometimes physical abuse. It represented one of the lowest forms of entertainment and yet continues to be successful to this day. I think that’s when many people who wanted to make a living making jokes saw the light – that vicious, ugly material had a big audience and could bring fame and lots of money. 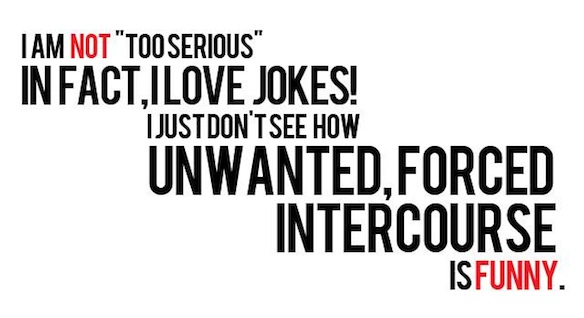 We all understand why the “N” word belongs exclusively to black people to use if and when they choose. After years of having the word hurled like a weapon loaded with humiliation, contempt, casual cruelty, subjugation, insult, they have earned the right to own it, and to use it in some strange way to take the sting out a word that has trapped them in the past as surely as slavery did. Any white person with any intelligence, understanding, class or discretion knows the word is off limits for them. The same should be true of rape – that the subject cannot be used by men in a casual, misguided, sophomoric attempt to look cool or to mock women for being uptight.

I understand freedom of speech, and sometimes it is helpful to joke about dark subjects to bring them into the light and into people’s consciousness. That’s not true with rape. We already know what rape is, and how it damages women for decades, maybe for life. Freedom of speech is a valued ideal, but is making jokes about the physical and mental devastation of women the best we can do with that right?

Frederica Pellman was born and raised in London, and educated at a private convent in Notting Hill Gate. She moved to the West Village, NYC with one of her sisters - they had no jobs, no contacts, no place to stay and virtually no money! After a brief but memorable stay at a hotel, they found jobs, friends and an apartment, and eventually husbands. She now she lives in Southampton and spends her time writing, walking, and working as a life coach.

5 Regrets of the Dying
Read