Wedding Traditions and Their Origins

In ancient times, it was not unheard of for men to forcibly capture women in order to marry them. Quite naturally, the bride’s family was likely to retaliate equally violently to any such attempt, so the man would usually be accompanied by a trusted friend who would defend and protect him. The ‘best man’ was therefore someone who was literally the ‘best’ choice for the job – in other words, someone who would be handy in a fight. The tradition persists to this day and it is customary for the groom to be accompanied during the ceremony by a close friend – although it is doubtful if this friend would go so far as to make himself an accessory to kidnapping and abduction. 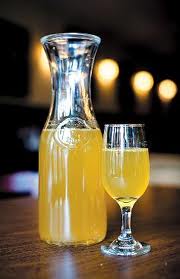 The term ‘honeymoon’ is believed to have originated form the ancient custom of the couple drinking honey wine every day for one month after the wedding ceremony. It may have also come from the ancient practice of men abducting women to be their brides. The bride would be kept in hiding for about a month or so until the bride’s family called off the search or consented to the wedding. It was customary for the couple to drink honey wine during this period, which could have been the origin of the tradition.

Whatever the tradition and the logic behind these customs, today they have become an integral part of the wedding ceremony and lend an old fashioned charm to the proceedings. So even if they’re not relevant today, there’s no harm in celebrating these ancient customs and enjoying them. After all, a little bit of tradition doesn’t harm anyone, if taken in the right spirit.

Originally from Denver and now living in NYC, Angie has been writing since she was small. She lives in the Flatiron district with her partner Tanya and their mutt Sparky (always adopt!) In her spare time she loves to paint (mostly abstract) and talk to random people on the street to find out what's interesting to them.