What’s Up With Bitchy Female Bosses?

Like most overworked urban women, I often come home at the end of a long workday and collapse in front of the TV. It’s a great way to escape, and I love getting wrapped up in the characters portrayed on my favorite shows. But I recently started wondering: how is society (and how am I) affected by […]

Like most overworked urban women, I often come home at the end of a long workday and collapse in front of the TV. It’s a great way to escape, and I love getting wrapped up in the characters portrayed on my favorite shows. But I recently started wondering: how is society (and how am I) affected by what I’m watching?

On the rare occasions we see female bosses in film and TV, they are usually bitches. Frosty, manipulative, backstabbing bitches. Older, but not any less insecure, they’re jealous of the interns with fresh ovaries. They’ll steal your ideas and pass them off as their own. They don’t care about your feelings or your personal life, just their coffee exactly the way they like it. They want you kept in your place, which is far below the glass ceiling they haven’t completely cracked either. 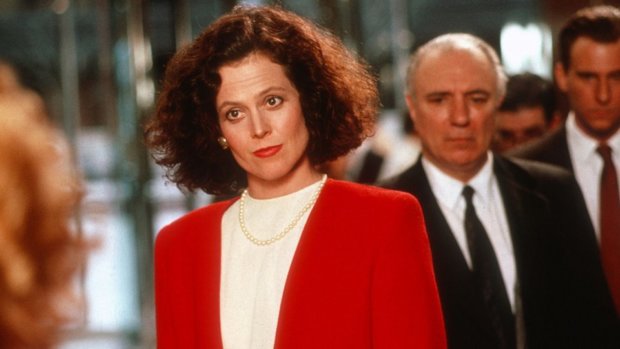 Sigourney Weaver stars as a financial executive who encourages her secretary to share business pitches only to later devise a scheme to steal her ideas and claim them as her own.

Male bosses, on the other hand, can be portrayed in a variety of ways—the nice guy, the hard-ass, the jerk, the idiot, etc.—but the female boss? Hollywood says there’s only one ‘type’.

I’m sure bitchy bosses do exist in real life or they wouldn’t strike such a chord with us. The Devil Meets Prada is based on a real person after all. But kind, well adjusted, and inspiring female bosses are out there too. As entertaining as the boss bitch villains are to watch on screen, we can’t be what we can’t see. The negative depictions of female bosses are scaring some women off from leadership roles. Young women don’t want to cast themselves in the role of the villain—and who can blame them?

I’m sure it doesn’t help that A) Hollywood, and the media at large, is largely run by men, and B) because of that, girls are taught (via the media) to be competitive with each other, rather than supportive (I’m pointing at you, Disney!) 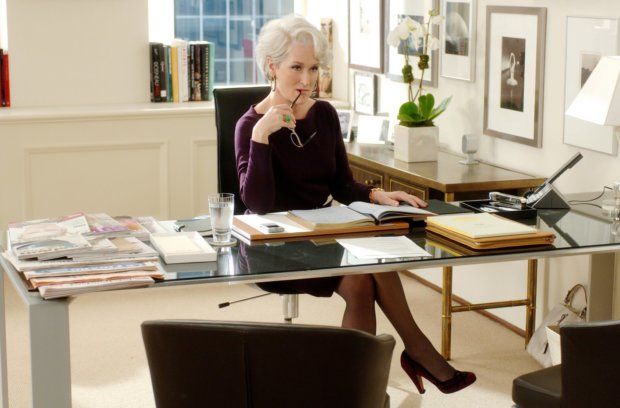 This fashion magazine boss’ icy demeanor has all of the publication’s employees on their guard and at her service.

Female leaders are a rarity, in both pop culture and reality, partially since the working woman is a relatively new phenomenon. Until World World I, the home was the woman’s domain. After the soldiers went off to war, women filled their positions for lesser pay (we’re still battling gender pay gaps today). It’s only in the last few decades that we’ve received the same education as men, and not been bred merely to attract a husband (although that’s still a work in progress in many parts of the world).

But, boy, have girls ever stepped up to the plate and hit a homerun. More girls than boys are graduating college, and women are starting businesses at twice the rate of men—and having far more entrepreneurial success. After centuries of playing the subservient role, we are finally starting to demand more. 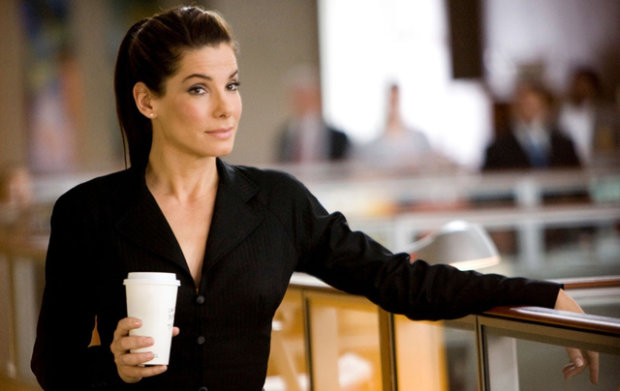 Sandra Bullock plays an overbearing boss who forces her assistant to marry her when she learns that she may face deportation to Canada due to an expired visa.

Still, our model for getting ahead in the workplace is based on men’s ways of doing things. The problem is, emulating men does not work for women. A man can communicate in a direct and impersonal manner and be praised as macho, but a female behaving in the same way would get her labeled one of the B-words. Let’s face it: men and women are not identical, and we will never be: each gender comes with its own strengths. But that doesn’t mean one sex is inferior to the other.

Women have great potential to be strong leaders. In fact, women-run companies have a higher success rate than businesses run by men. So, instead of following the man’s path, we must lead with the strengths unique to us. When a female is deemed bossy or bitchy, chances are she is reacting from a lack of recognition, respect, and self-esteem. This fear-based approach to leadership is not unique to women, but since there are so few female bosses, the ones who act this way give a bad rap to everyone else. Fair or not, we should take it as a cue to do things differently. 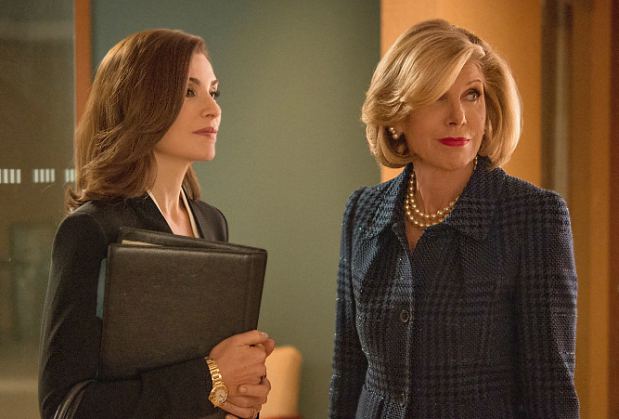 Good bosses: Julianna Margulies and Christine Baranski got very lucky when they were hired to play well-rounded and realistic characters on The Good Wife

What makes a great leader? Confidence, creativity and clear communication skills. The best boss is approachable, inspires others, leads by example, and takes responsibility. These qualities are not exclusive to either sex. When women connect to their internal power and lead from a place of confidence, the bitch labels won’t be a problem.

Every day, I’m inspired by the women around me, from older women with their wealth of wisdom and their generosity to impart them, to gutsy younger women with the confidence I’m sure I never possessed when I was their age. As I take on more leadership responsibilities, I turn to these strong women for guidance. While their types are greatly underrepresented on screen, they are my role models.

Good roles for women are still hard to come by in film and TV. They do exist, and I’ll be watching for more positive portrayals of female bosses so I can count them on more than one hand.

The Miracle Trick That Will Make Your Skin Look Incredible
Read